People from all over collect stamps. It is a fun hobby and can be very educational, but did you ever think about collecting stamps as an investment? Read On ...

Probably, the most popular of collectibles, stamps have been around of over 200 years, with the first American stamp issued in July 1, 1847, as Congress authorized the Postmaster General to publish a stamp of George Washington.

Although stamps are nothing more than small pieces of paper, they represent history, with locations that are images of historical places, famous personalities or specific historical events, and as such, they become a tool for learning. In so doing, parents should encourage their children to start stamp collecting, as not only will they be early educated, but they would begin to accrue a monetary value for years to come.

What is the Process for Collecting Stamps?

Stamp collectors are sometimes called philatelists. Stamps have represented practically every subject; such as; such as the arts, sports, animals, ships, cars, space flight, maps, science, historical places or events, and that makes it easy to begin collecting. As far as how to collect them, there is no ‘carved-in-stone’ method, but there are books available, both ‘How To’ and books for placing your stamps so that they are kept in good condition.

Of course, as with all collectibles, the better the condition of the stamp, the more money it could be worth in the years to come.

What are Some Collectible Stamps Worth? 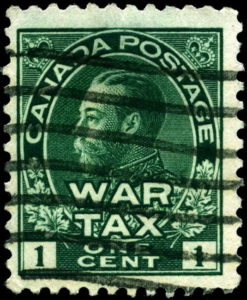 One example is the Canadian war tax stamp, issued between April 15, 1915 and December 1916. It is worth at least $100 in the stamp collecting market and if you are lucky enough to have an Abraham Lincoln stamp that issued in 1867, you could possibly pay off your mortgage, as this stamp goes for a whopping $200,000. Don’t have one? Try acquiring an unused Declaration of Independence stamp The current market rate is $275,000. Not impressed? Well, if you just happen to have the 1885 Swedish’ Sweden Three Skilling Banco, Yellow Color’ with the color error, your assets have just risen to $2.3 million dollars.

So, investing does not always have to be about stocks and bonds. Although the most common form of saving, hobbies can be very rewarding in more ways than one. Remember, when building your life savings, always diversify and collecting the right items is one creative idea that many people do not take advantage of.

When the U.S. government bailed out student loan lenders during the Great Recession, legislators unintentionally set off a series of cascading events that has left more than 6 million student loan borrowers locked out of...

With tens of millions of Americans relying on unemployment benefits during the pandemic, many may face a tax bill — or smaller refund — this season if they haven't withheld enough during the year. Unemployment...

Seniors are getting squeezed in so many ways. Healthcare and other basic expenses are rising. Fewer have pensions to supplement their Social Security income in retirement. Low interest rates mean what savings they do have...